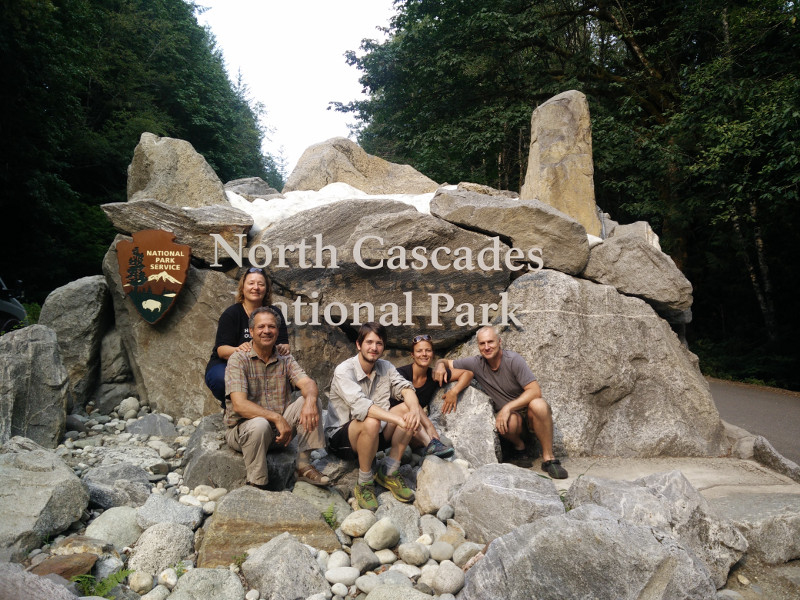 Needing to be out of our room by 11 a.m., we wandered across the street to drink coffee on the veranda of the little drive-through coffee shop across the way. We were there for less than an hour, when, as promised dad and Marianne showed up to rescue us!

We spent an hour in Sedro Woolley getting supplies, like “real” camp food (a.k.a. food that required more than just adding boiled water) before piling into the car for the ride to Winthrop and Twisp.

Why Winthrop and Twisp? Well, our resupply box was in Twisp, and Winthrop is simply the coolest “old west” town ever. But, we were in no rush, and so we played tourist along the way.

Our first stop was North Cascades National Park. Smoke hung low and heavy in the muggy August air, and although certain parts of the park were closed, the Visitors Center was open.

Inside the chalet-like building, with its exposed beams and high ceilings, were maps and displays regarding the local flora and fauna and the area’s history. In the lobby was a three-dimensional diorama of the Cascaded, with the Pacific Crest running right across it!

“Look dad! That’s my trail!” I couldn’t help myself; I was excited to have my dad be a part of my journey.

In the gift shop, I discovered the children’s National Park Passport stamping station had an honest to goodness Pacific Crest Trail stamp! Since you aren’t supposed to add your own stamps to your real passport (which I desperately wanted to do), I set about stamping everything else I could with it— my hands, my arms, my knee, random scraps of paper, Krav, Bearclaw— basically anything and everything I could.

On our way out, a quote on one of the walls caught my attention,

“We shall not cease from exploration
And the end of all our exploring
Will be to arrive where we started
And know the place for the first time.”

For days my thoughts had been wandering to the end of the trail, to walking home to Canada, to what it would feel like to finally end this particular adventure. Would I feel like I knew the place for the first time?

Filtered through the dense smoke, the midday sun cast an eerie orange glow over the usually brilliant teal waters of Ross Lake. We stopped to read the signs about the Ross Lake dam, for no other reason than to satiate our curiosity. We stopped to take photos of the mountains, to marvel at nature. We stopped, because we had no schedule and we could.

Eventually, we stopped for the night at the Lone Fir Campground, in the shadow of the Vasiliki Ridge. Tents up, chairs out, we opened a beer, and relaxed for the rest of the evening.Our first “zero day” of Washington, had been a complete success. 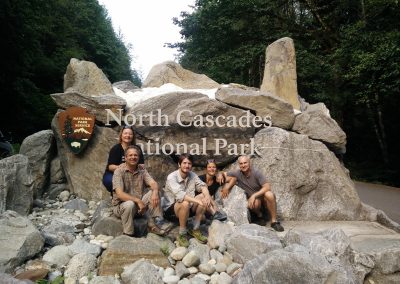 North Cascades NP with the Family 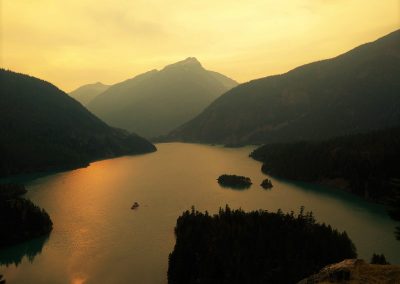 Ross Lake through the Smoke 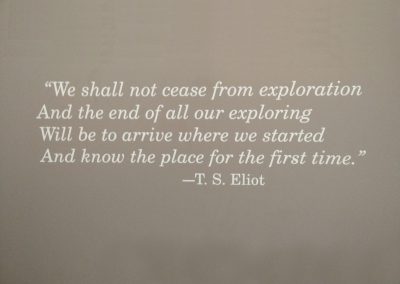 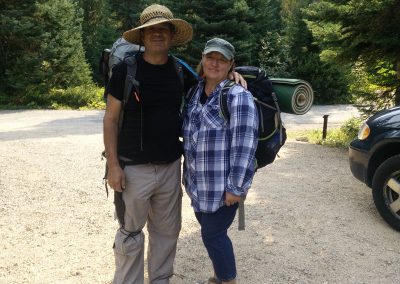