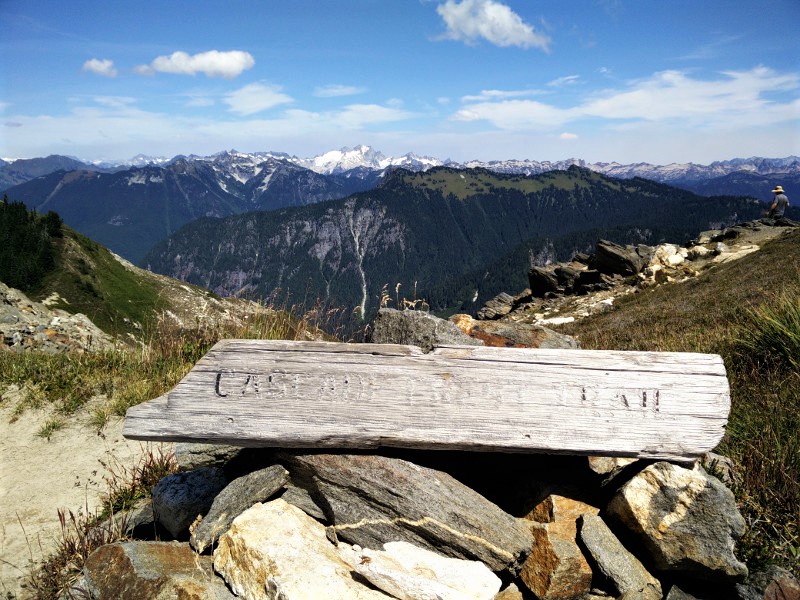 This was, without a doubt, the most challenging day I had ever had on a trail.

Our Krav alarm went off at the same time as usual only today it sang a different tune.

“Who’s ready to get killed by elevation today?!” Krav yelled giddily from his tent.

Purple laughed. I smiled and sighed. We were in for an ass-kicking, and we knew it.

We couldn’t hike fewer miles because between mile eleven and mile eighteen was nothing but steep switchbacks that marched down to the Milk River and right back up the far mountain. I knew we were going to be wasted by the time the day was done, but there wasn’t a lot we could do about but get up and start putting one foot in front of another.

We would have a few miles of nearly flat trail before, as Krav liked to call it, “we would get killed by elevation.” Setting aside my worry of how scary the steep bits would be, I set to making breakfast.

For the first few miles, the trail stuck to the Chuck River valley and was indeed pretty mellow as it worked its way through the forest. Near the trail junction to the Kennedy Hot Springs – which rumor had it had been destroyed in a landslide – the PCT turned and followed Kennedy Creek towards our first big climb up Kennedy Ridge.

The old log bridge at Kennedy Creek had snapped in half, and the center was sitting in the middle of the creek. Early in the day, the water was low enough that the center of the bridge was only mildly wet.

The climb up Kennedy Ridge was mostly forested, with the occasional dramatic view of Kennedy Peak and the Scimitar and Kennedy Glaciers, to break up the monotony of the trees.

We stopped for water at the mossy Pumice Creek, reveling in the fact that the first climb was nearly over and that it that it really hadn’t been that bad at all. Only two hundred feet of elevation gain separated us from Spitfire Creek Pass!

You know that feeling when you feel like you are on top of the world? That was how we felt when we got to the top of the pass and dropped our packs. Peaks rose up like waves around us; range, after range, after whitecapped range.

Far off, we could see a plume of smoke rising from the North Cascade National Park fire. It looked serious. This would be the reason for tomorrows detour.

Not so far off, we could see the familiar pattern of tight switchbacks crisscrossing an overgrown avalanche shoot. Ugh, this would be our last big climb.

Just before we dropped down off of the pass, we stumbled across Mica Lake. Too perfect to just pass on by, we sat down in the shade of a huge boulder and had a late lunch. Supposedly, there was a campsite somewhere nearby; the views were so mind-blowing we were tempted to find it, make camp and stay until the snow began to fall. This was the only campsite between us, and the far side of the switchbacks that taunted us from the other side of the valley.

No, we were on a mission, we were finally going to get to Canada, and we weren’t about to get distracted, or let anything stop us.

For five miles we switchbacked down the mountain, through enormous old trees. At times, the trail was washed out, and we would be forced to detour around it. At times, we would find an old-growth tree blocking our path. Finding a way over them, was a task in itself. Besides these random obstacles, the trail was wide and smooth, and for that I was grateful.

We sat down in the middle of the Milk Creek Bridge and filtered water. It was late afternoon, and none of us wanted to climb back out of the valley. We considered making camp on the bridge, but it was early, and undoubtedly hikers would still be coming by for hours yet. Besides, the water was glacier fresh, and we knew camping on the bridge would make for a cold, damp night.

Knowing we would be destroyed after another 3,000-foot climb, and unsure if we would make it to a camp with water before dark, we decided to eat dinner on the bridge. If I’m being honest, it was just another excuse to procrastinate.

With dinner eaten and no other excuses we could think of, we heaved our packs onto our backs, crossed the bridge and disappeared into the forest on the far side.

Krav, as always, was somewhere far ahead of us. From the top of the last set of switchbacks, we were still nearly three miles from our intended camp. Secretly, I wished we would find Krav waiting for us on the side of the trail so we could find a spot sooner, but we had agreed on getting to the campsite at mile 2,526.27, and I knew that was where we would find him.

Sure enough, Krav was in camp, just setting up his tent when we arrived. He looked as exhausted as we felt. With dinner already eaten, we crawled into bed, popped a handful of Vitamin I, and fell asleep to the shrill call of pika’s warning each other of our presence. 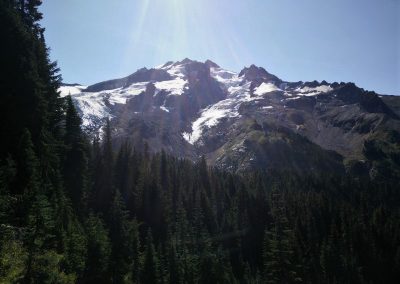 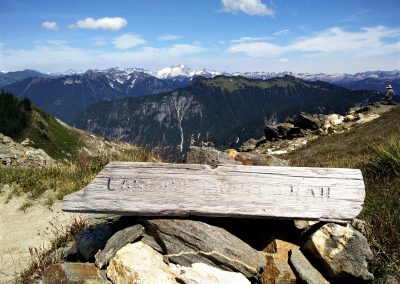 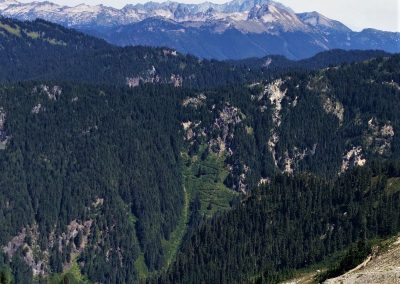 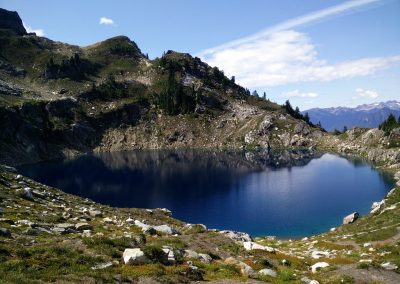