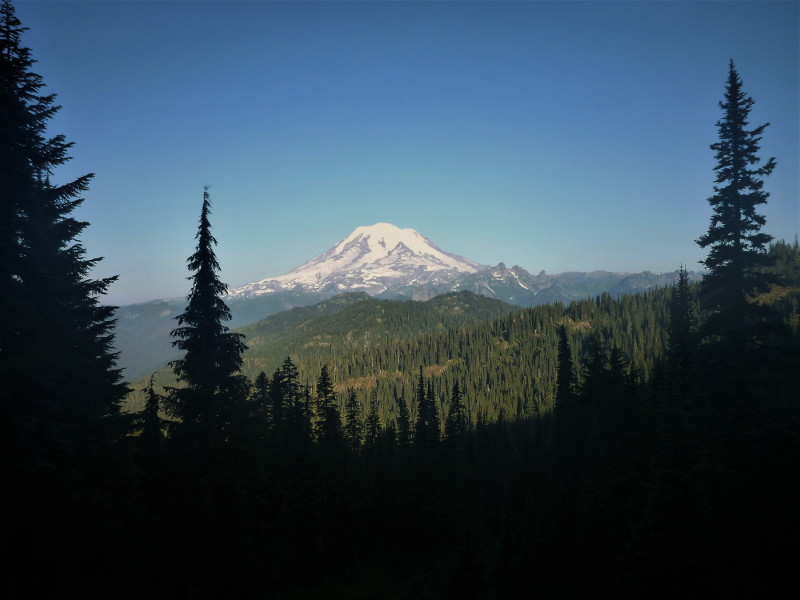 Oh, trail sleep! How I had missed trail sleep: no trains, no sirens, no cars, no heater kicking on, no cat purring, no streetlight shining in my window, no stresses keeping me up. Just complete exhaustion and pure, unadulterated silence. Nearly every night on the trail was the best sleep of my life. No wonder I always woke up with so much energy.

I may have had a ton of energy from the waist up but my sissy little weekend warrior legs had no intention of cooperating with the upper half of me. They were unaccustomed to twenty-five mile days now. Popping a handful of Vitamin I (Ibuprofen) with a cup of Choffee, I was secretly thankful we only had fourteen miles to go to get to Twin Lakes.

Our morning was mellow, as we passed by lake after lake, and trail junction after trail junction. The backpacking possibilities seemed endless, yet we didn’t see a single person for over five miles. At the Twin Sisters Lake trail junction, we finally stumbled across a group of three boys out for the weekend. They’d spent the night at one of the Twin Sisters in the Gifford Pinchot Nation Forest and were headed to Fryingpan Lake.

“Are you thru-hiking?” They asked.

As Bearclaw answered, I thought about Gifford Pinchot and his other namesake, Pinchot Pass in the Sierras. Dear God how’d I’d hated that pass and the never-ending climb to get over it. In fact, I do believe I’d hated it so much I’d wanted to build a time machine to go back and kick Gifford Pinchot in the crotch. At the time, I’d had no idea who Gifford Pinchot was. A Canadian born, Mexican raised, U.S. alien, my American history was admittedly sub-par.

As it turned out, we probably wouldn’t have nearly as much forest left if it weren’t for Mr. Pinchot. First Chief and Founder of the U.S. Forest Service, Gifford believed in the conservation of the nation’s forest resources through proper scientific management, planned use, and renewal. A good man, he was vehemently against clear-cutting and large-scale logging operations. Although he was a conservationist, his conservation efforts were utilitarian as he focused on the responsible harvest of the forest to ensure the future of the industry. My hero John Muir, on the other hand, believed in preservation for the sake of wilderness and scenery. I’d read that Muir and Pinchot didn’t much like each other.

It was thanks to the tireless efforts of great men like Muir, with their idealistic views of a land untouched by the hand of greed, that we had National Parks and wilderness areas today— places as untouched and pristine as they had been centuries earlier. We needed wild lands to remind us of our place on this planet, to keep us connected with it. On the other hand, we still needed to build shelters and make paper, and it was men like Gifford Pinchot that realized that these needs would likely always exists and that there would always be greedy hands eager to raze down every tree and every forest in their insatiable lust for more. It was his place to make sure that the forests would still be there for future generations to harvest. I pictured the two as an idealist and a realist, and the world needed both. Suddenly, I felt a little guilty for wanting to kick Pinchot in the crotch; not guilty enough to take back what I said, but guilty nonetheless.

A mile up the trail we crossed into the Gifford Pinchot National Forest, making our way through thick green meadows towards the Bumping River. The ford was less than knee deep, the water refreshingly cool as surged around my still sore calves.

On the far side of the river, a European thru-hiker sat in the sun, boiling water in a miniature teapot. She was friendly enough but seemed happy to sit alone in solitude, so we left her and hiked halfway up the next set of switchbacks before sitting down to our own quite lunch of Curried Couscous.

Thankfully the trail leveled out for a mile or so, giving us time to catch our breath before it began to climb again as it rounded Crag Lake high up the hillside. It took us over an hour to get to the top of the mile and a half long climb because two of my favorite things just happened to found along the trail— huckleberries and oxygen. Why is it so hard to get in shape and so easy to get out of it?

The Pacific Crest Trail flirted relentlessly with the western boundary of Mount Rainier National Park. From just past the Laughingwater trail junction to highway 410, it meandered in and out of the park like it owned the place. When we finally made it to the top of the climb, we found ourselves momentarily within the park boundaries, drinking in a spectacular view of a snowcapped Mount Rainier.

Two long miles later, we stumbled down the steep path to Two Lakes. Quickly setting up the tent, we climbed inside. It was only two o’clock.

“I wish I’d brought cards.” I lamented, watching the mosquitos stick their proboscises through the mesh of the tent in their ongoing attempt to suck me dry. Poor Bearclaw just wanted a nap. I’d been idle for ten whole minutes, and it was driving me mad. He handed me the pocket-sized version of Henry David Thoreau’s, “Walden: Or Life in the Woods,” and suggested I read it out loud.

“When I wrote the following pages,” I began, “or rather the bulk of them, I lived alone, in the woods, a mile from any neighbor, in a house which I had built myself, on the shores of Walden Pond, in Concord, Massachusetts, and earned my living by the labor of my hands only.” Now here was a man I could relate to. Not only did he love nature and being alone in the woods, but he obviously loved commas as much as, or more, than I did. I sprinkled them liberally, like confetti, and then watched in dismay as editors removed them one by one. To me, it was like watching a baker pick sprinkles off my cupcake. I bet no one ever tried to remove Thoreau’s commas. I read on in awe, not only at the man’s accomplishments and wisdom but at the majestic length of his comma filled sentences. It was the equivalent of thru-hiking with words. And thus began my love affair with Thoreau, nearly alone, in the woods, miles from any people, in a tent we had set up ourselves, on the shores of Two Lakes, in the middle of nowhere, Washington. 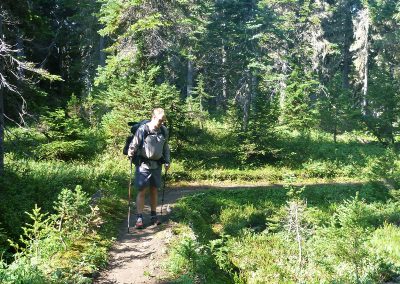 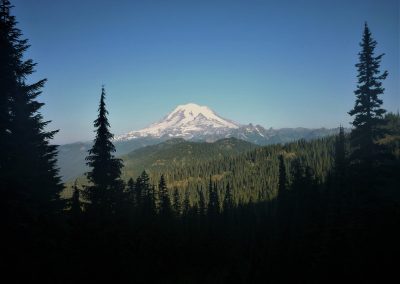 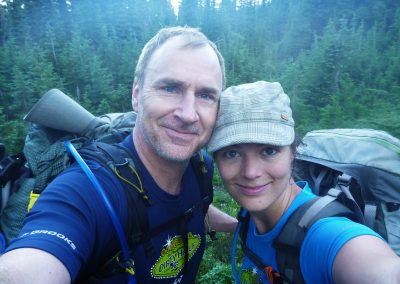 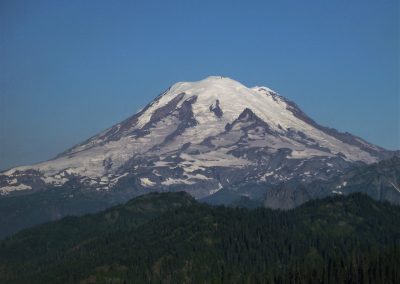