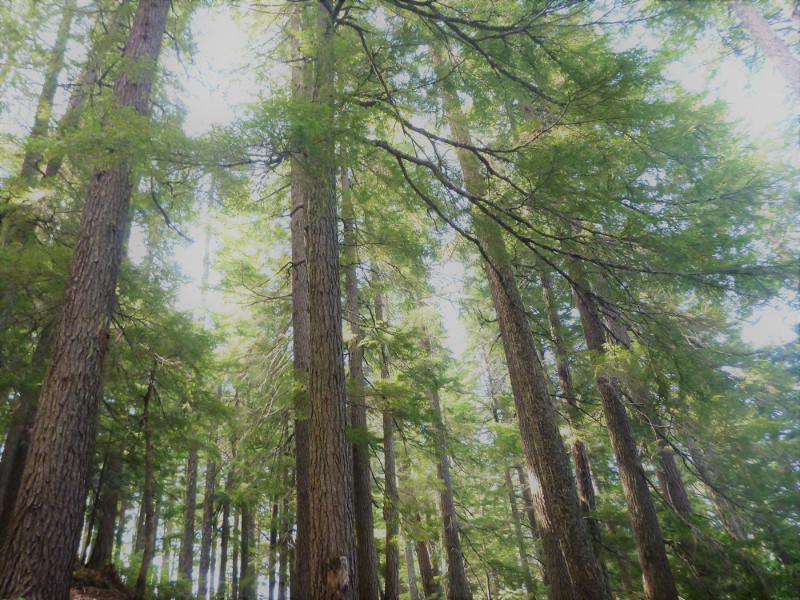 It was hard to be motivated to get out of bed knowing we were only nine miles from the end of the trail. I wanted to return to reality now, about as little as I had when we’d left Packwood after the storm. I had no desire to return to real life because somehow, it never seemed real. It always felt like something was missing. Hiking felt real, traveling felt real, adventuring felt real, living life to its absolute fullest felt real.

Work was really just something I did so I could afford the real moments. It seemed wrong to me that we had to buy our own free time.

At least since we’d gotten off the trail, I’d found a job I enjoyed doing and was working on a side project I absolutely loved. For that I was grateful. Most people I knew would say they tolerated what they did for work at best. I found that sad. If we’re lucky, we get ninety years on this marvelous planet and a third of that time is spent sleeping. It seemed like such a waste to spend two-thirds of the time one was awake miserable. Society felt like giant mouse-trap: you need a car to get to work so you can make money to pay for the car that got you there and the house you never spend time in because you’re too busy making money to pay for it. Sometimes I wonder if we just do things because that’s the way things have always been done and the system wouldn’t work if we collectively believed they could be done any differently.

What would happen if everyone suddenly realized they could be happy with just what was in the backpacks on their back? Maybe I needed to start a hikertrash revolution.

Meh. That was enough of that. I was giving myself a headache. I shook my head. I couldn’t dwell on these things. They made me crazy, and quite frankly, crazier was the last thing I needed to be. Sighing, I crawled out of my sleeping bag and prepared for the inevitable.

Besides, we needed to be off the mountain before the ultra-runners came through. The runner we’d met on break yesterday had said Mirror Lake was a popular destination for well-wishers to come watch the runners go by and by midafternoon it would likely be packed.

The trail was still damp from last night’s rain as we made our way over the small hill behind the lake. From that point on, we knew it would be downhill all the way into town. With gravity pushing us along, we hiked fast. There was really no reason to prolong the inevitable; it’s always less painful to rip a Band-Aid off quickly, right?

The trail hugged the side of a steep forested hill for a good many miles as it worked its way down into Olallie Meadow. Passed Olallie Meadow, we crossed one forest service road and then another, before dipping under a power line. Ugh, power lines, gross. I was fully aware that I was a hypocrite for that because, the first chance I got, I had every intention of showering with water heated by the very power surging through those lines.

“Do you hear that?” Bearclaw asked, “It sounds like cars on a highway.”

“That’s because the I-90 is less than a quarter mile east.” I sighed.

Civilization was nigh. I had to fight the urge to wrap my arms around the base of a tree and scream, “No! No! You can’t make me! Save me tree!!” And yet, my feet kept moving me ever forward.

By the time we reached Lodge Lake, the trail was a highway in its own right, as weekend warriors and day hikers made their own escape into the wilderness. It wasn’t long before we popped over a rise and ended up on a ski run.

We were halfway down the ski hill on our way into Snoqualmie when we met a couple headed up the road toward us.

“Are you thru hikers?” They asked. I smiled. Every single conversation we’d had over the last nine days had started with those same four magical words.

We gave them the low down, letting them know that unfortunately, we were hiking our last few hundred yards of trail. They had a cabin a million miles from civilization and had spent years guiding pack expeditions in the backcountry, they felt our pain at the impending return to civilization.

The man looked at us thoughtfully. “I have a poem I think you might enjoy. It’s called Lost. It was written by a man named David Wagoner and was based on an ancient Native American teaching.”

His gaze flew over Snoqualmie and deep into the steep mountains beyond as he recited this poem from memory,

“Stand still. The trees ahead and bushes beside you
Are not lost. Wherever you are is called Here,
And you must treat it as a powerful stranger,
Must ask permission to know it and be known.
The forest breathes. Listen. It answers,
I have made this place around you.
If you leave it, you may come back again, saying Here.
No two trees are the same to Raven.
No two branches are the same to Wren.
If what a tree or a bush does is lost on you,
You are surely lost. Stand still. The forest knows
Where you are. You must let it find you.”

It didn’t matter if I was standing in the middle of a towering forest of pines, at the top of a mountain pass, had my toes submerged in the sand and surf of a deserted beach, or was lying on the sun-baked earth of the desert staring at the sparkling night sky, I never felt lost in nature. In nature everything had its place, everything had its purpose, and if I let it, it simply invited me into its rhythm. I became a small part of the big picture. Civilization was out of sync with the rhythm of nature, I wasn’t part of something bigger, and I didn’t have my place. I was lost. Out here though, I always knew where I was. I was “here” and “here” was home. It didn’t matter how long I had to be away, it would always welcome me back.

We ordered lunch at the stand in front of the gas station and plopped down at a picnic table to wait for Trenchstar to arrive with our car. When our order was ready, the girl behind the counter looked at us and asked the age-old question, “Are you guys thru-hikers? If you are there’s a free can of beer with your name on it.”

“Yes, we are,” I responded without hesitation. 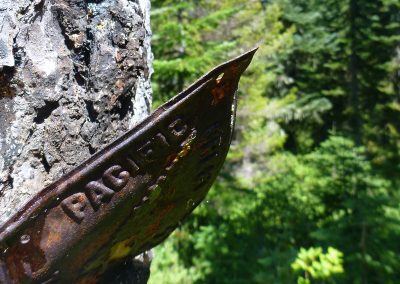 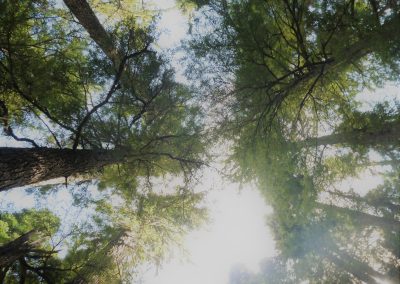 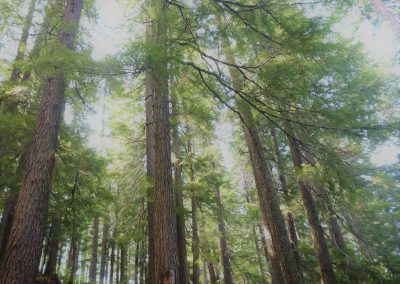 The Forest Knows Where You Are.